I was recently asked to participate in a seminar about the writing of life stories for elderly people in an aged-care home.  Residents are selected by social workers and a volunteer proceeds to interview the resident over a period of months to record, write and eventually publish his or her life story.  The program’s been running for almost twelve years with fifteen volunteer story-tellers.

The most experienced volunteers had written thirty life-stories. They spoke of the special bond that formed after spending an hour a week for up to six months, in order to craft the mini-biography.

I was asked how I would go about interviewing an elderly person who had lived a very simple life.  It was explained to me that many of the residents don’t feel they have achieved much in their lives or have had a hard-time adjusting to living in aged-care. Women in particulary, often put little value in bringing up families or supporting their husbands.

I used a simple device to describe how I gather research about a person who has little or no archival footprint: Fishing with Onions.

By recording answers to simple questions, I create a basic timeline of the person’s life.  That timeline might look like this to begin with. 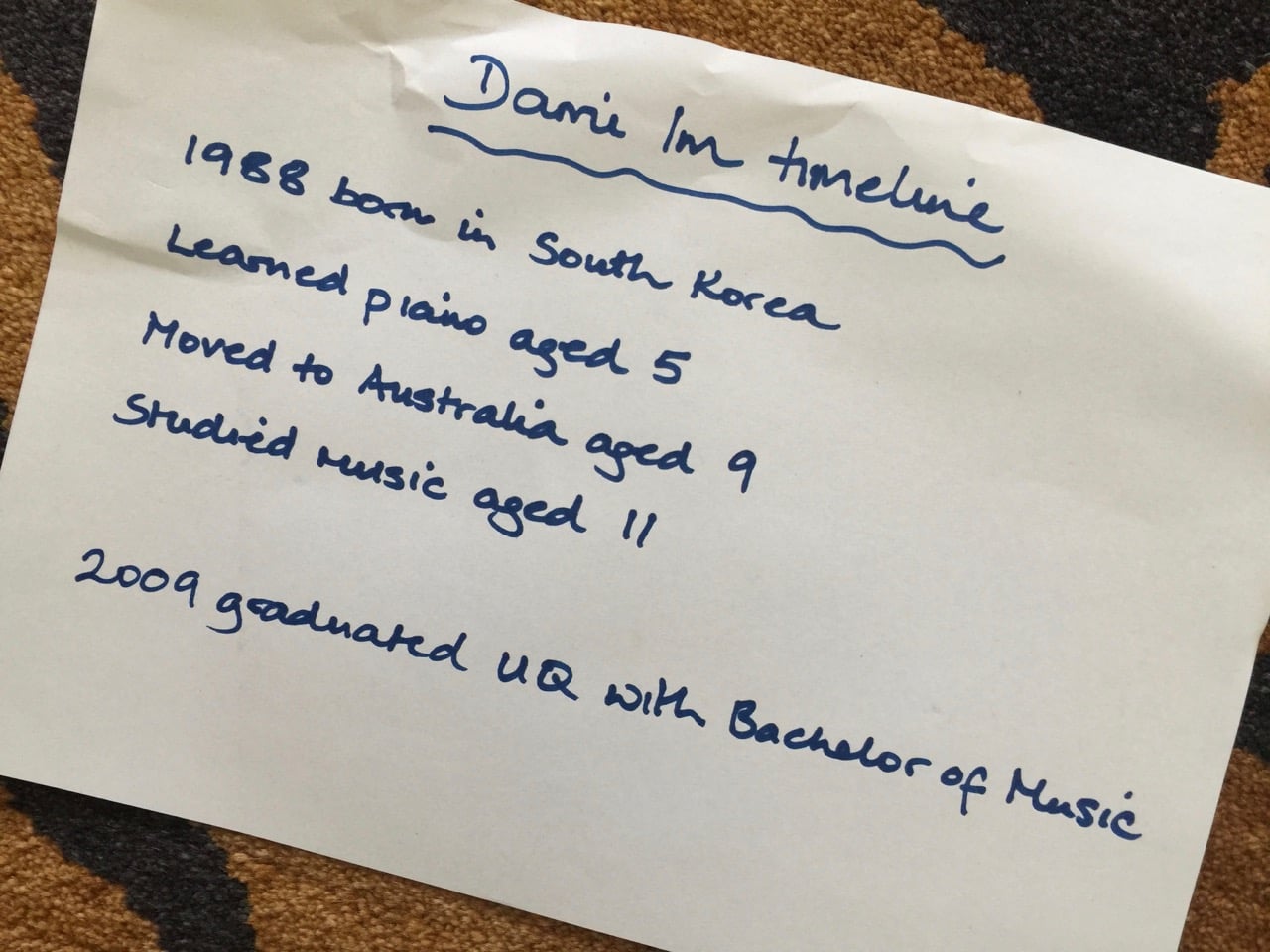 Then, here’s where Fishing with Onions comes in.  Still using straitforward questioning with lots of encouragement, I  ‘fish’ for details from my participant to flesh out their timeline.  It’s like peeling away the layers of an onion, eventually adding depth and context to the timeline.

Then, when I have the basics in place and I can see the twists and turns of their lives, I can become more curious with my questions.  Eventually, I might end up with something like this: 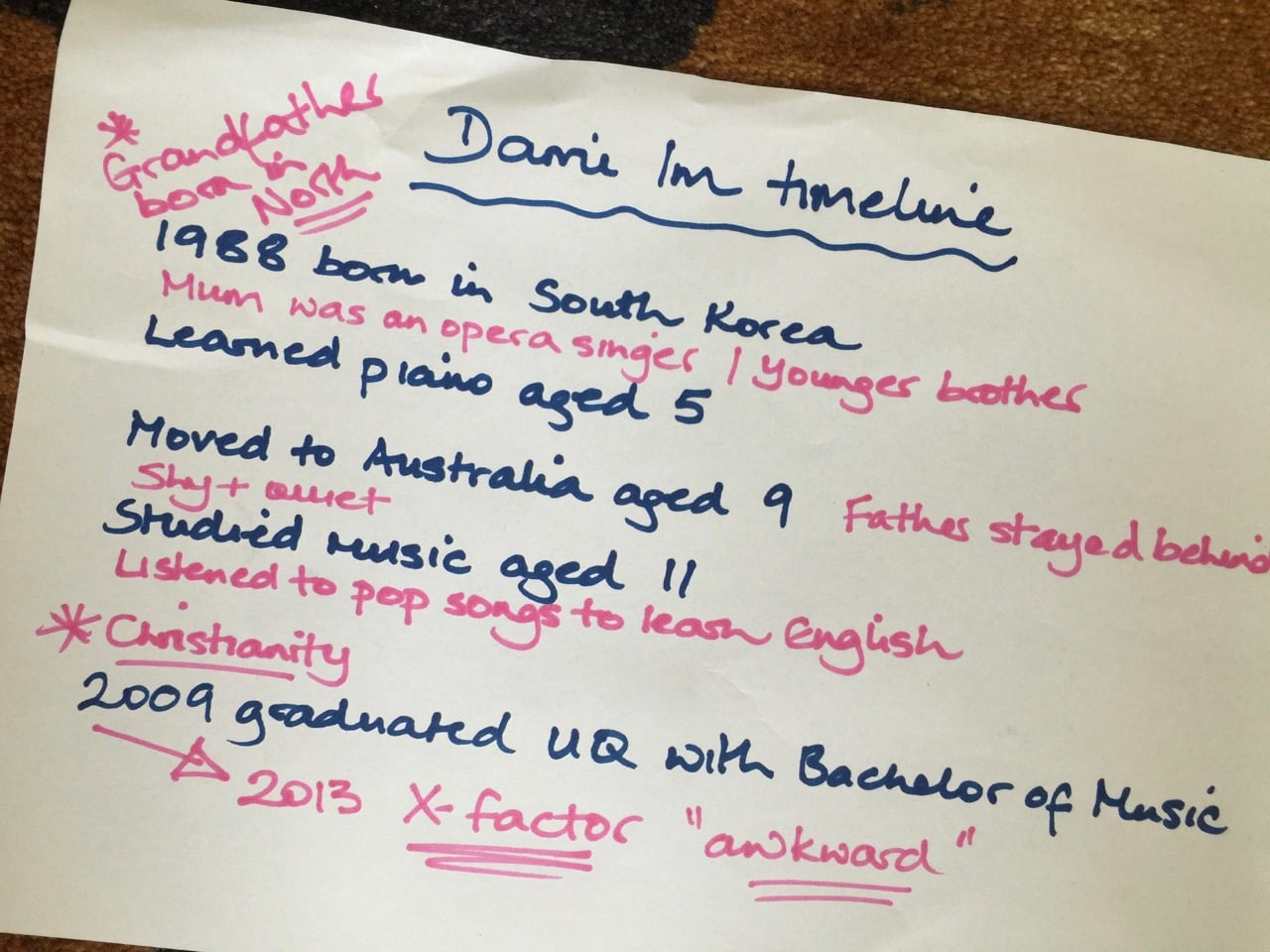 After delivering what I thought was a neat little summary, the volunteers brought up some of the roadblocks they’d faced.

Residents are very happy to tell me the details of their lives, but then they insist that some of these details are not for publication.

Sometimes the stories contain inaccuracies or claims that can impact other people’s lives.

And then a volunteer storyteller down the front who’d had her hand raised, sighed deeply as she confessed that she found one subject she’d been assigned too boastful and competitive. Eventually she had to remove herself from the process because she found it so challenging. She realised that she didn’t like the individual.

I sympathised with her. It’s impossible to like everyone.

But you can give them a decent hearing.

I remember actor Hugo Weaving saying this to me when he played the part of the much-reviled (to Australians at least) English cricket captain Douglas Jardine in Bodyline, the mini-series.  Weaving said: 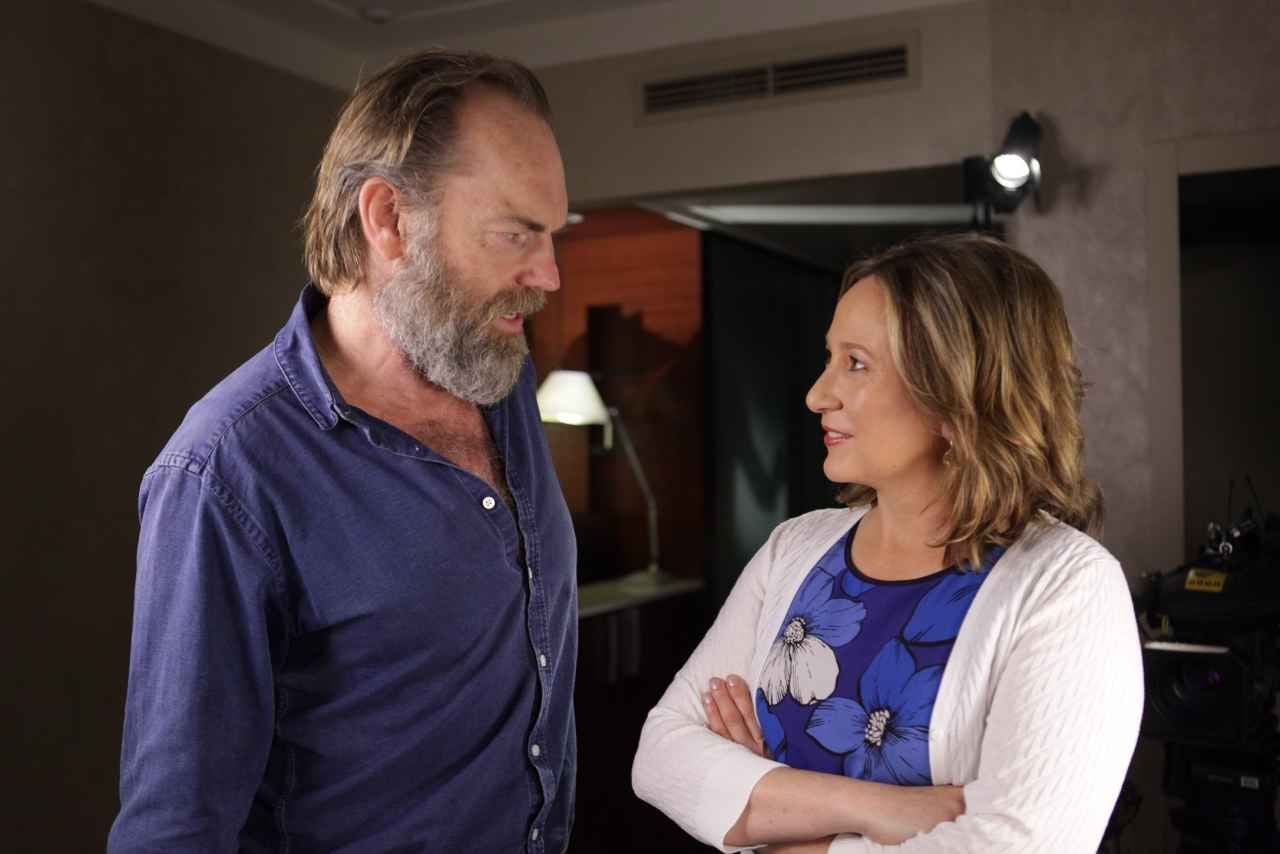 “I don’t believe in heroes and villains, I never have. In life – by and large – people are just people, everyone’s pretty grey and we all have heroic and villainous qualities. We contain contradictory complex emotions and feelings and attributes.

I read Douglas Jardine’s autobiography, and the last chapter was about fly fishing and suddenly you read that and there was something his daughter had written, as well. So suddenly he was a father to me and suddenly also he was a contemporary man who probably enjoyed his own company and solace and probably enjoyed nature.

I thought if he’s a fly fisherman he likes being quiet, he likes the skill of something, he likes the game, the chase, he likes thinking about things. Suddenly that put everything in perspective. You can’t just be the villain who wants to win at all costs.”

I thought about Hugo Weaving only after I left the care home, but what I said to the volunteer was this: “You could extricate yourself or… you could try to find out what made him competitive and hard to like.” Find out what made that person into the man he was.  Why was he motivated to be so tough and unforgiving?  When did it happen?

When I come across an uncompromising individual in my interviews, someone who lacks empathy, the questions that open up discussions of hurt, trauma, neglect or defence usually produce answers which are the most rewarding and surprising.