Five Things I Discovered About Oman

When I was a TV correspondent, I’d have to start working in a new country or city from the moment my feet touched the ground.  So finding the exotic wasn’t a high priority.  I had no trouble in Oman. 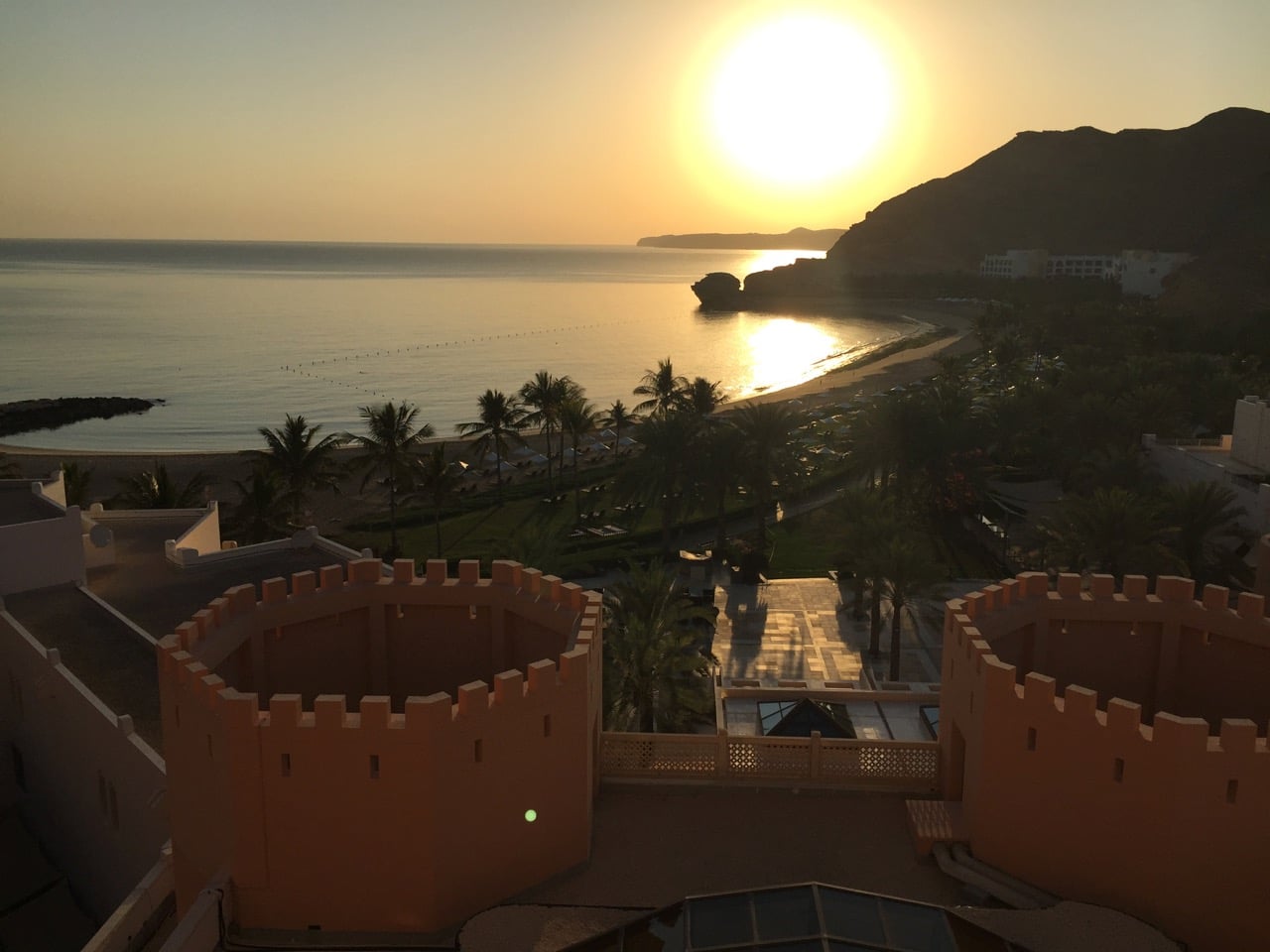 Frankincense is the nobbly resin from the Boswellia Sacra tree found in Southern Oman.  It oozes from gashes made to the bark.  These days, it’s primary use is as incense and so little wonder as I travelled throughout Oman, many hotels and restaurants had the aroma of a high church: that was frankincense. 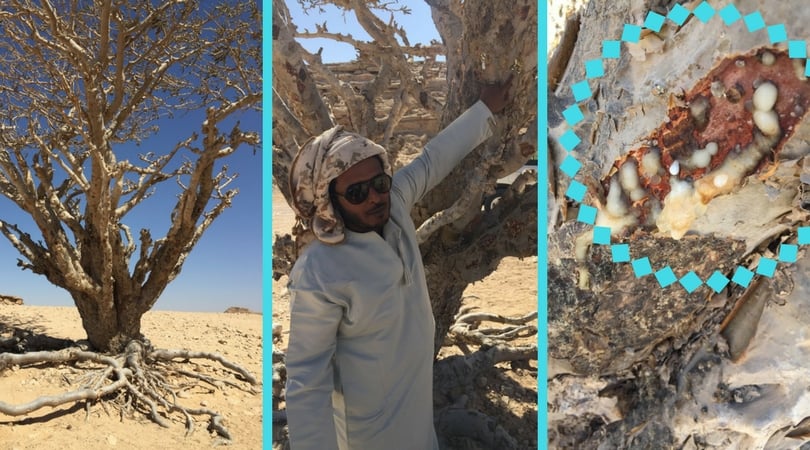 My favourite archeological site was the ‘beehive tombs’ above the village of Al Ayn, near Bat.  The stone tombs were used over and over again.  You can find the remains of hundreds of them dotted on hilltops.  Not a single souvenir-seller or another tourist was in sight. 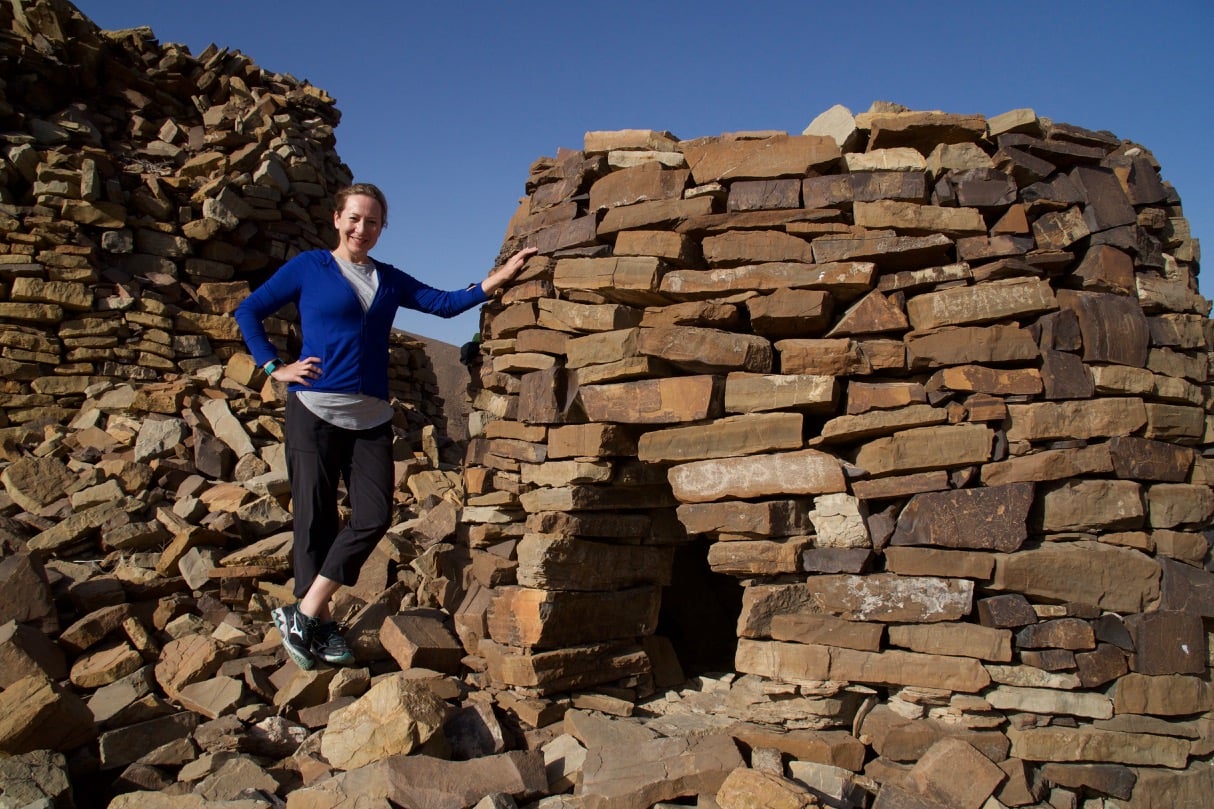 2. You should love dates.

Dates have been grown for thousands of years and you don’t have to travel far in this beautiful country to come across an oasis town filled with date palms.  A single tree can produce nearly 300 kgs of dates and there are thousands of varieties.  I snacked on dates whenever they were offered (usually several times a day) and didn’t touch the Lindt chocolate I brought with me :) I was told by our Omani guide that as long as I consumed an odd number of dates (1,3 or 5. I didn’t get beyond 5) it would be considered perfectly healthy.  I didn’t argue.  Dates and cardomon-flavoured coffee go particularly well together. 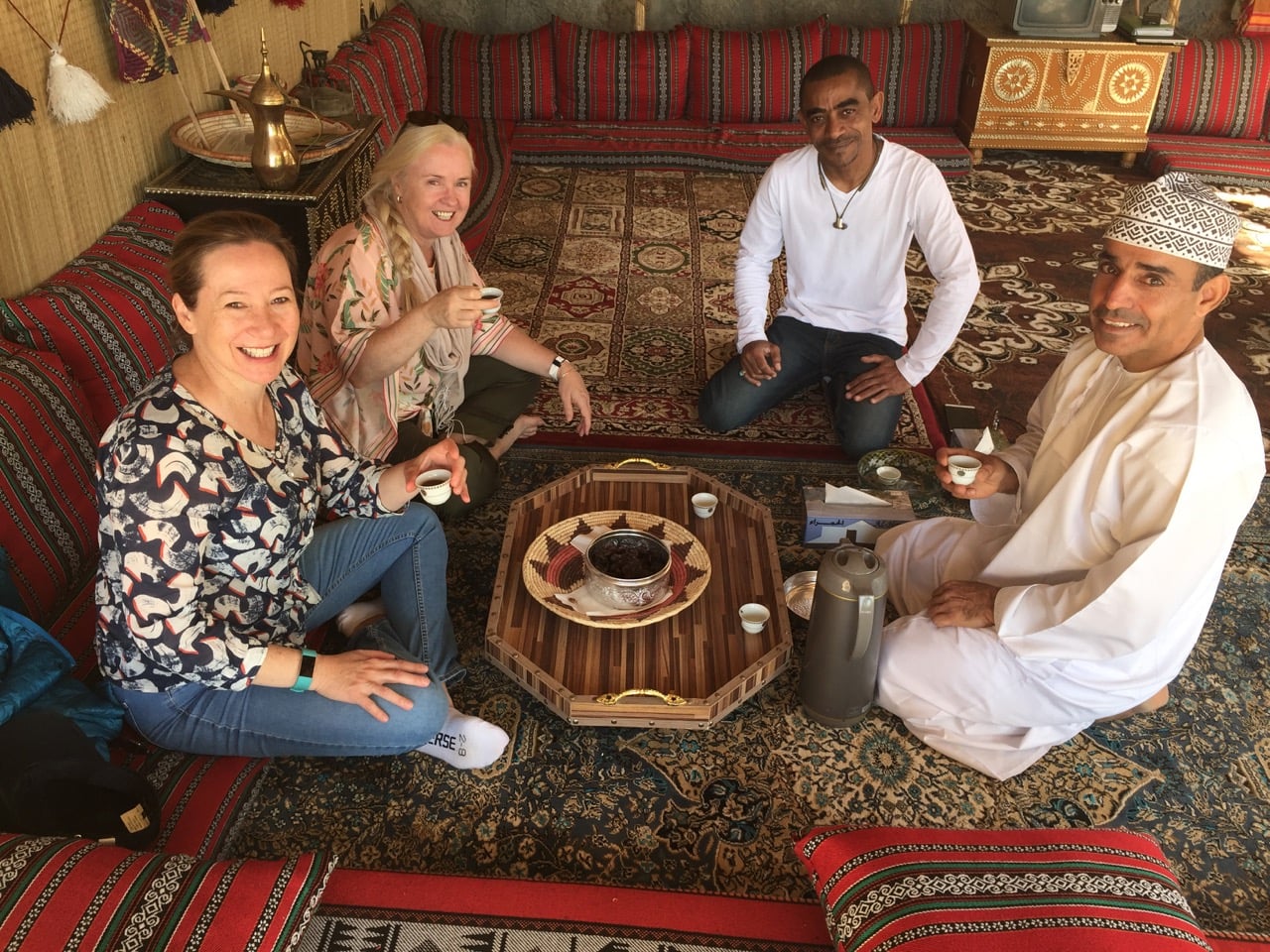 The other thing I learned about dates was that the syrup or nectar produced by storing and pressing these fruit as they dry, creates a fragrant, dark molasses which when boiled can be poured down specially-made chutes erected at the entrance the country’s amazing castles and forts.  The scalding date syrup treatment was reserved for enemy marauders.  If you tried to side-step the date syrup chute, the next obstacle was a pit of snakes, the entrance of which was concealed by a small carpet. 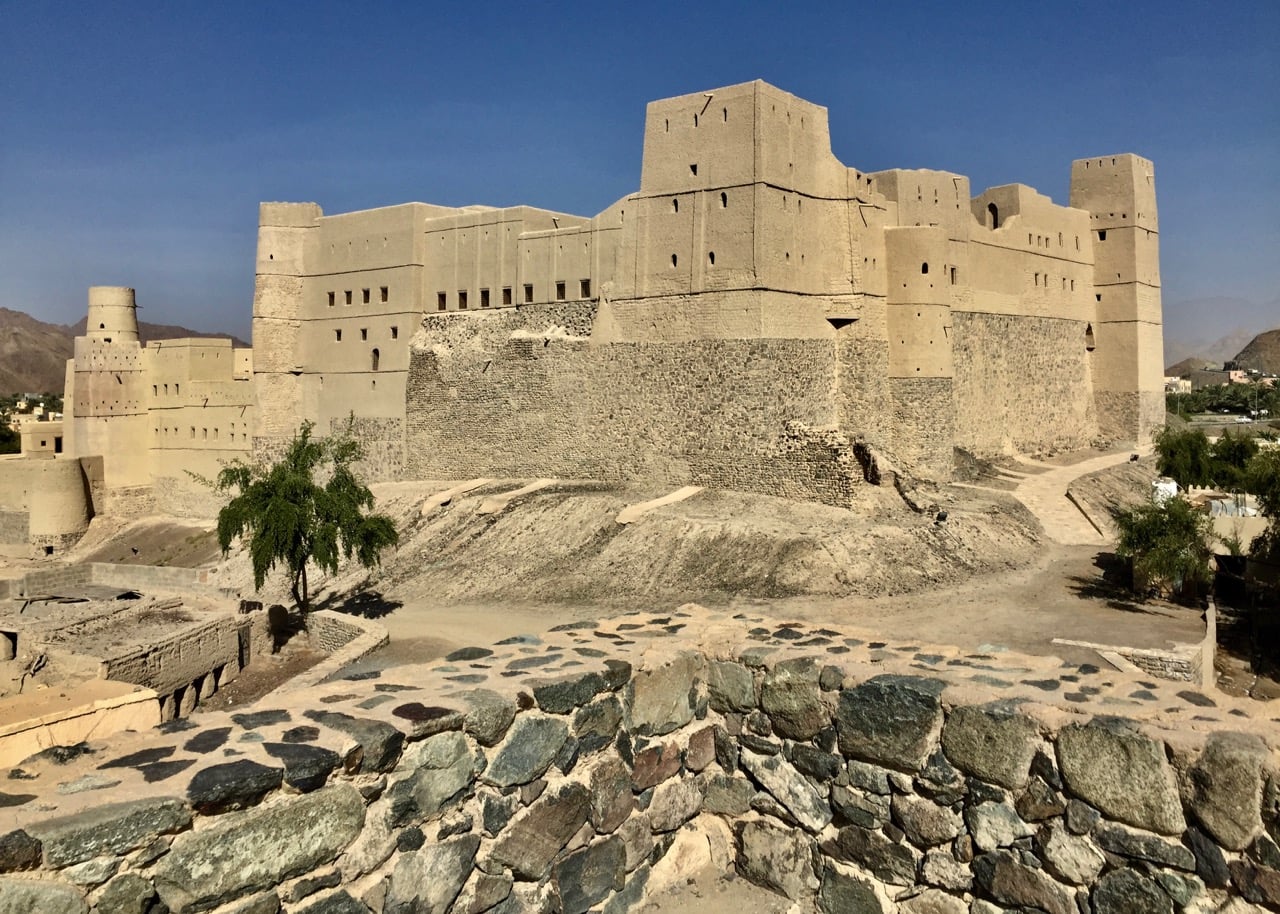 There isn’t a lot of indigenous wood in Arabia.  So the most expensive parts of houses, mosques and forts – the doors and window frames – were imported from Zanzibar and India.  I fell in love with these sensational ancient teak or mahogany doors around Oman carved by artisans… 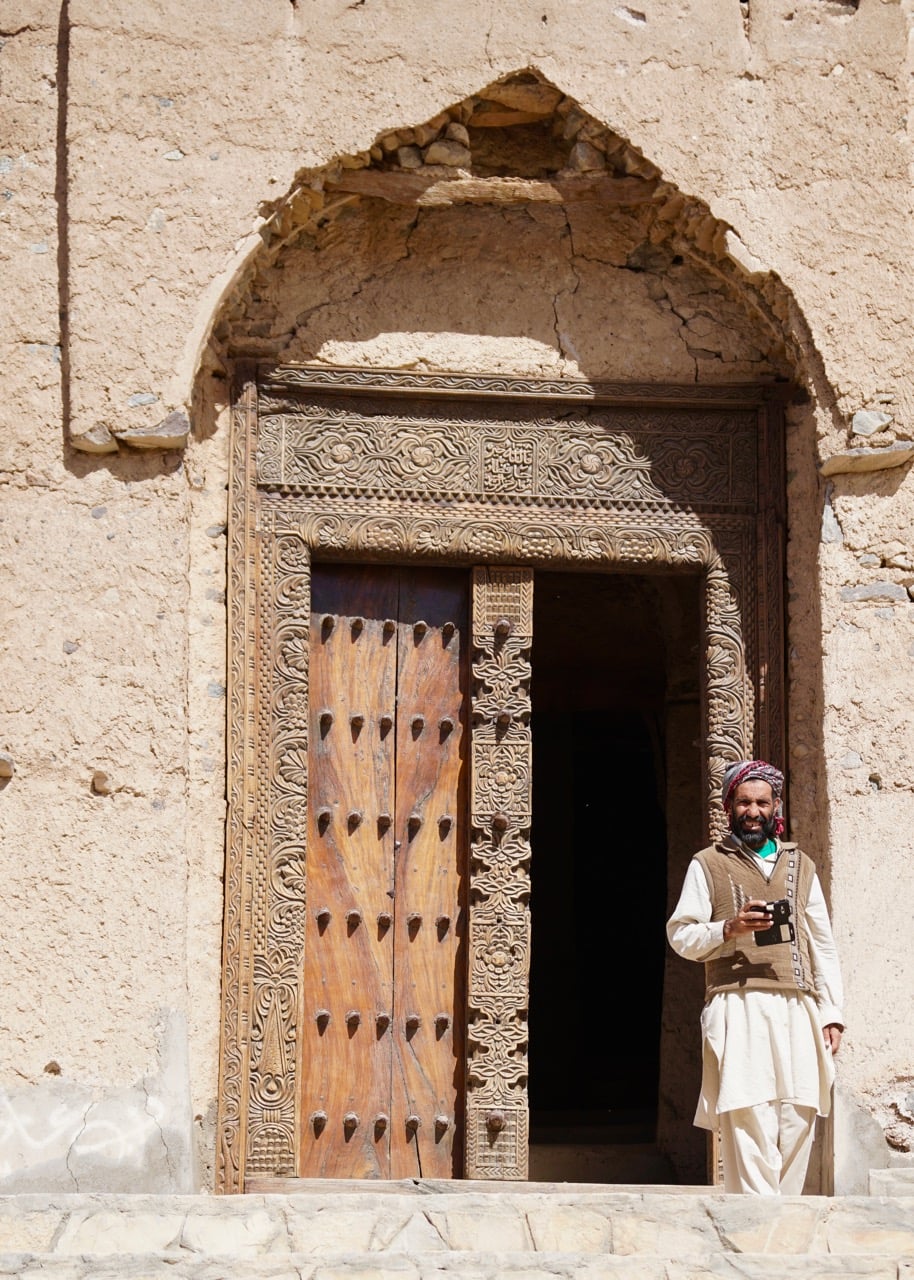 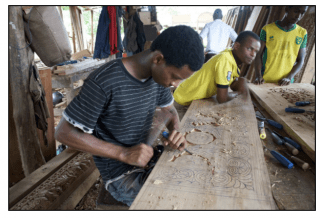 … and then several days later (in Zanzibar) came across local village workshops like this one where ornate doors have been crafted for centuries. 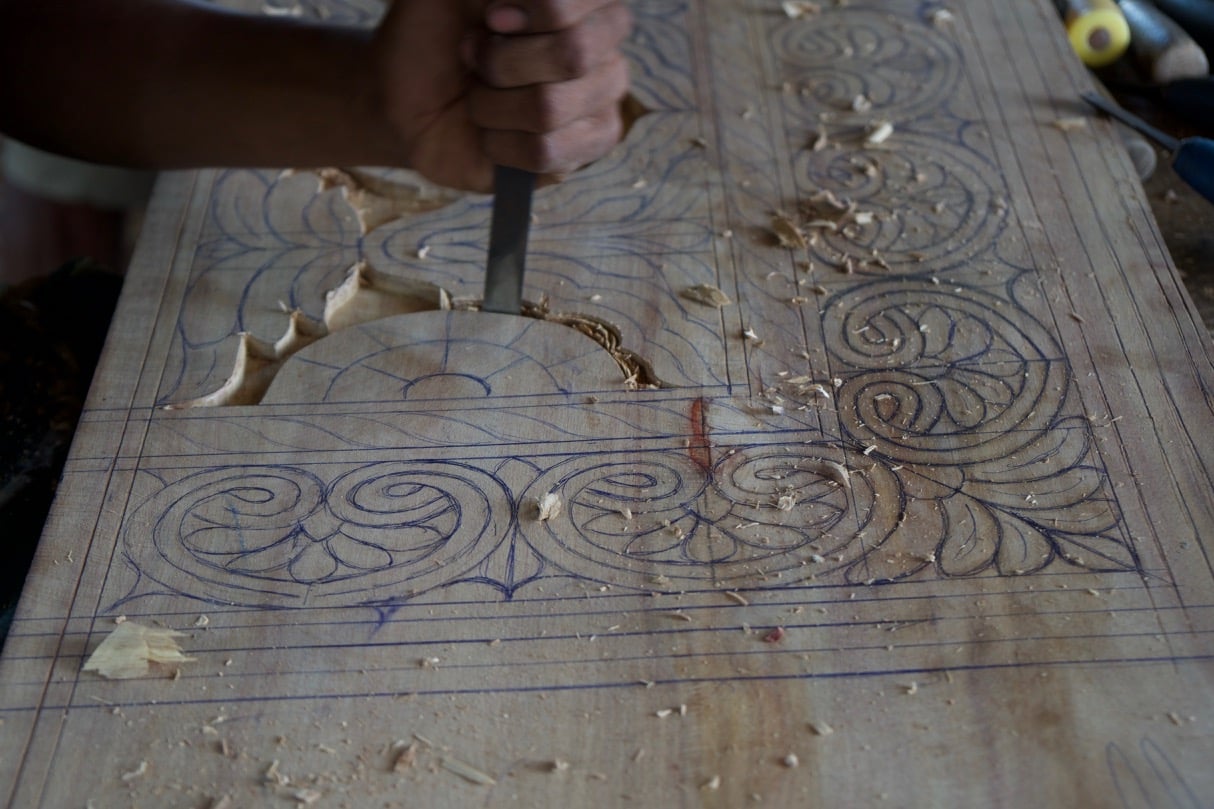 I was also captivated by the charm and simplicity of these wooden Koran stands which I saw throughout Oman.  Eventually I found a simple one in the souq in Doha which fitted in my hand-luggage. 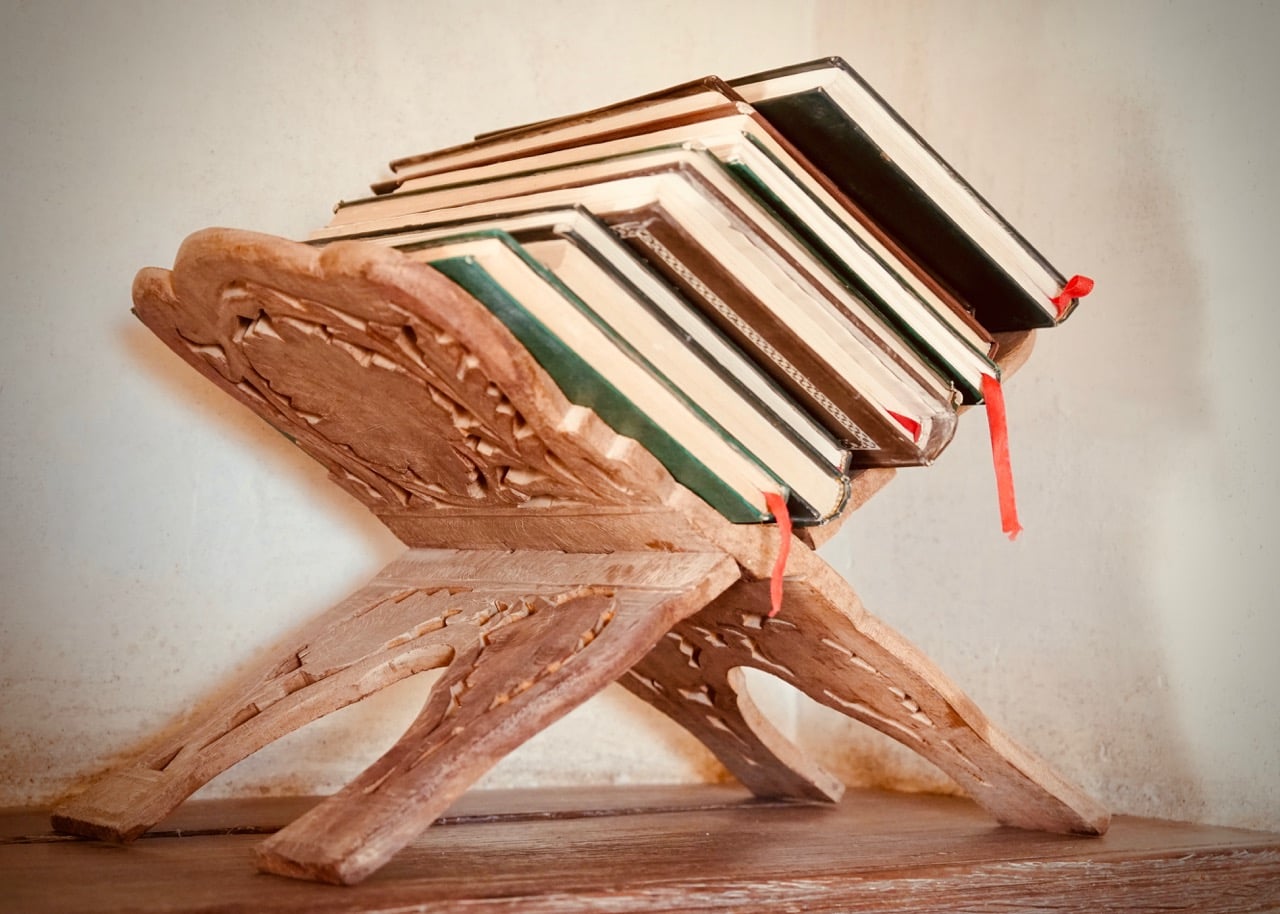 Oman is the only country in the world where a majority of the population are Ibadi muslims.  Of 2.25 million Omanis, around half are Ibadis with Sunnis coming a close second.  This is a ‘moderate conservative’ sect of the faith, which originally fled from Basra in modern-day Iraq.  Ibadism was created after one of the early schisms in Islam and became established in Oman in AD 751.  Ibadis believe in religious tolerance and all sects are invited to worship in Muscat’s Grand Mosque.  (My photo is of the state mosque in the city of Nizwa.) 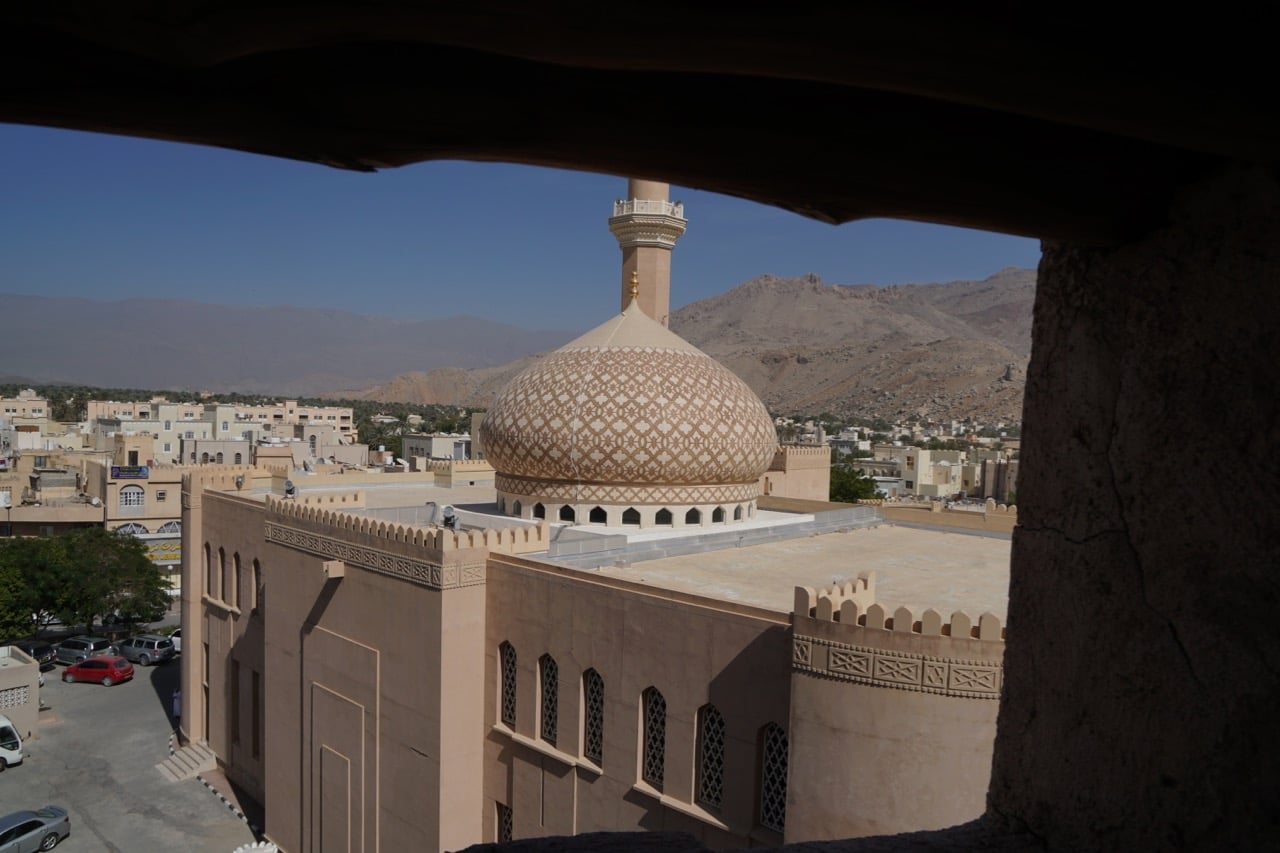 Did I mention how perfect the weather in Oman is in January?  During the day – 22-28 degrees – with a coat and scarf for the chilly desert nights. {Zanzibar has around the same temperature though it’s a little muggy)

Thinking of joining my tour The Frankincense Route – Oman and Zanzibar in January 2019?  Here are the details.