I enjoy collecting quotations, but trying to find a decent one about fear is enough to weaken my resolve.

Some of them are so cheesy. You are always urged to fight, conquer, beat fear.  Does it have to be so?

This one came close:

“Courage is about perseverance, not bravery.

Be courageous despite the fear.”

…except we have all persevered with things that don’t necessarily make us courageous.

Last weekend I began an ocean challenge, attempting to conquer my fear of the sea by joining a beginner’s ocean swimming clinic: learning how to read the surf conditions and finally, plunge into the surf, swim out 50 – 100 metres out and back to Bondi Beach.  That was level one.

I felt euphoric after completing (and surviving) the clinic as I explained in my previous post.

I was so psyched, I booked another clinic. I didn’t stop there; I committed to a weekly ocean session for the next six weeks.

But the fear crept back.  Sometimes it’s as easy as seeing a story like this.  If that could happen to an experienced swimmer like Matt Kelly, what were the odds it could happen to me?  It played into my dislike of what I can’t control and my resolve unravelled just as I was about to get back in the water.

One spectacular morning, dawn washed over Bondi and our class assembled.

“Into the surf!” Yelled the instructor, “Use the rip to take you out.”

“How will I get back? The waves will always defeat me.”

But I could only focus on a vision of being slapped down by a wave.  I shook my head at the instructor.

The swim class headed into the surf and I stood between the flags waiting for their return.

Shame trickled down me, like a warm ocean spray.

Eventually, the group came back and the instructors called us around to demonstrate the next skill. They wanted us to enter the surf, dive into the shallow water and grab the sand.

Anchor yourself against the force of the wave.
The idea seemed beautiful and outrageously impossible at the same time.

Now, dive down and grab the sand, she urged.
And so I dived under the wave – stretched out like Superman – and grabbed hold of the sand.

Not perfectly, but enough so that the surge of the wave rippled above me, like a giant caress.

The mighty wave didn’t destroy me or roll me.  In grabbing an anchor that could hold me for just long enough, I emerged intact – and once again euphoric.

Later, C, one of my classmates confided,

I was like you, she said.  It’s taken me three years to get here.  Just don’t give up.
So I’m still in.  And while I await the next class, here’s a quotation about fear and courage that I came up with:

Despite fear, courage is about stepping forward, grabbing the sand to anchor yourself and trying again even when a wave gets the better of you. 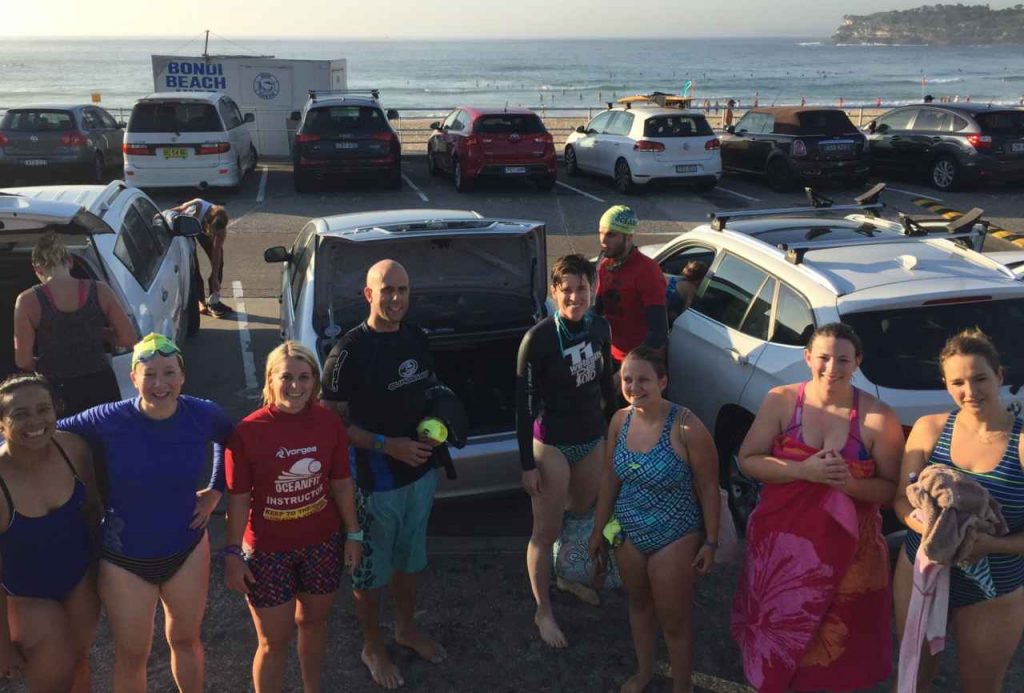 With gratitude to my patient instructors and classmates :) And see the incredibly generous response from my FB community here