Great news!  In January and February 2020 I will be joining British actor David Suchet on tour in Australia and New Zealand in a new stage show. 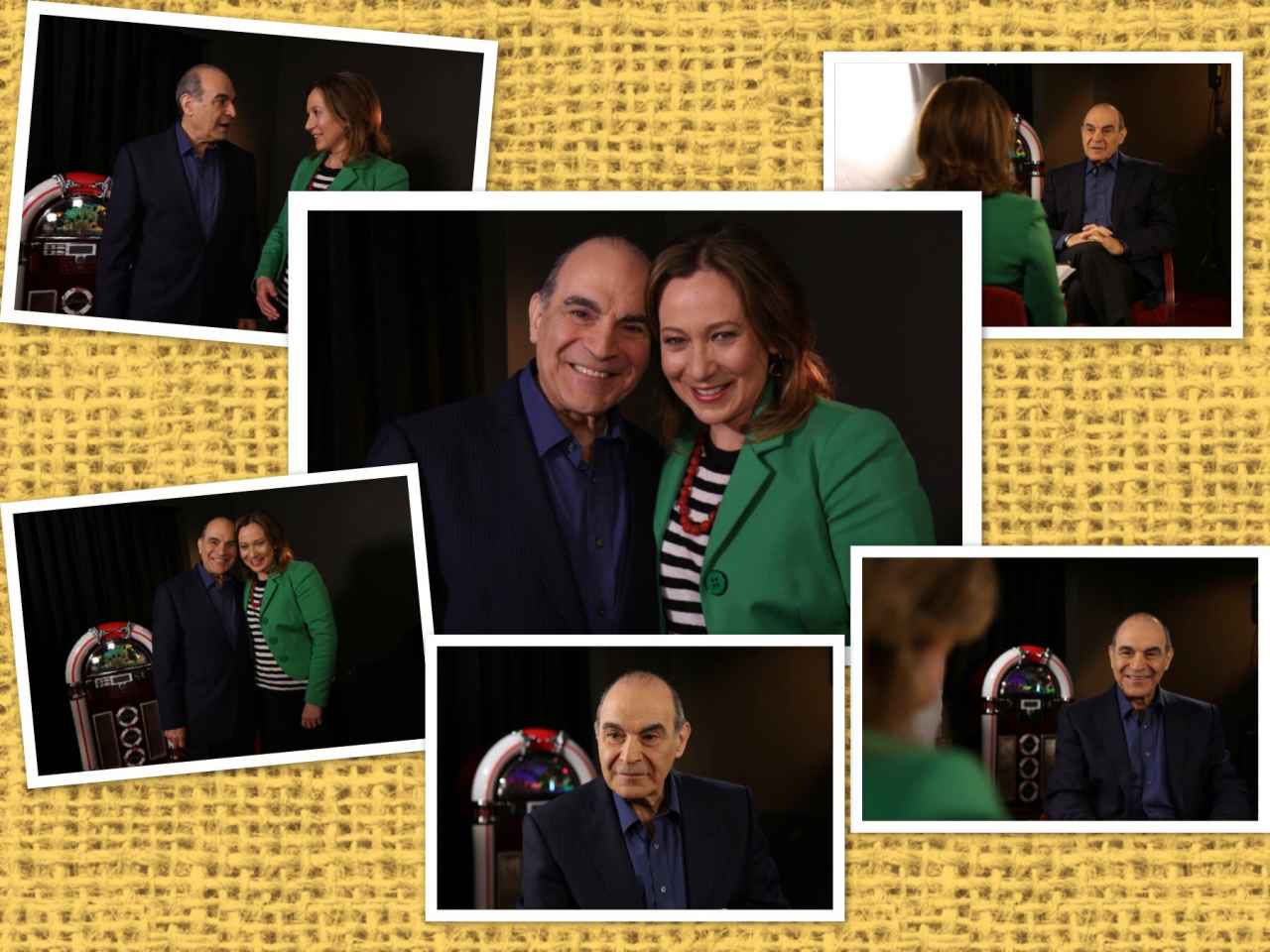 To say I’m thrilled to be joining David as his interviewer in the upcoming tour, is a total understatement.

I had the absolute pleasure of sitting down with David in 2012 for my TV program One Plus One when David was in Australia to performing The Last Confession. To have this 50-year veteran of stage and screen reveal some of the incredible moments and pivots of his life was mesmerising and that interview remains one of my favourites to this day. David’s honesty shone through as he described his early challenges at boarding school, his beloved photographer-grandfather and his career as one of Britain’s most cherished character actors. As we well know, he’s best known for the long-running TV series Poirot. David is the Poirot we all love and remember. He is also so much more than that quirky Belgian detective.

Towards the end of our 2012 interview, knowing he was about to begin researching the role of Lady Bracknell for the London production of The Importance of Being Earnest, I surprised David on camera by giving him a rare old book I had recently found. It was called Oscar Wilde by Vyvyan Holland. I felt that this book (written by Wilde’s son) had somehow found David, through me!

Since then, I have followed David’s career with great delight. When I saw that he was due to return to our region to tour in a retrospective based around an in-conversation, I thought perhaps I should reach out to the show’s producer. It was one of those passing thoughts which holds you in the moment, and which you often don’t act upon. But like the Oscar Wilde book which found David through me, one week later an email appeared from David’s producer, Liza McLean. It was Liza who had offered me the 2012 interview with David. To my incredulity, she asked whether I was interested in being part of David’s new venture, playing, you guessed it, the interviewer!

The show is so much more than either a retrospective or a classic in-conversation. It will be a feast for theatre lovers. David will perform some of his best-known and most-loved monologues from his repertoire. There will be video and images. My role will be like the thread in a string of pearls, bringing out his connection to the excerpts and unlocking the secrets of some of the most poignant turning points in David’s life and career.

For me, the stars have truly aligned having just departed from the ABC after a career as an international correspondent, TV presenter and founder of the interview show One Plus One. In nearly a decade presenting this unique little show, I conducted an incredible 500 face-to-face TV interviews.

I am extremely excited to work alongside this very special actor who possesses a deep intellect while exuding warmth and humanity… How lucky am I?

You can read the full statement here.