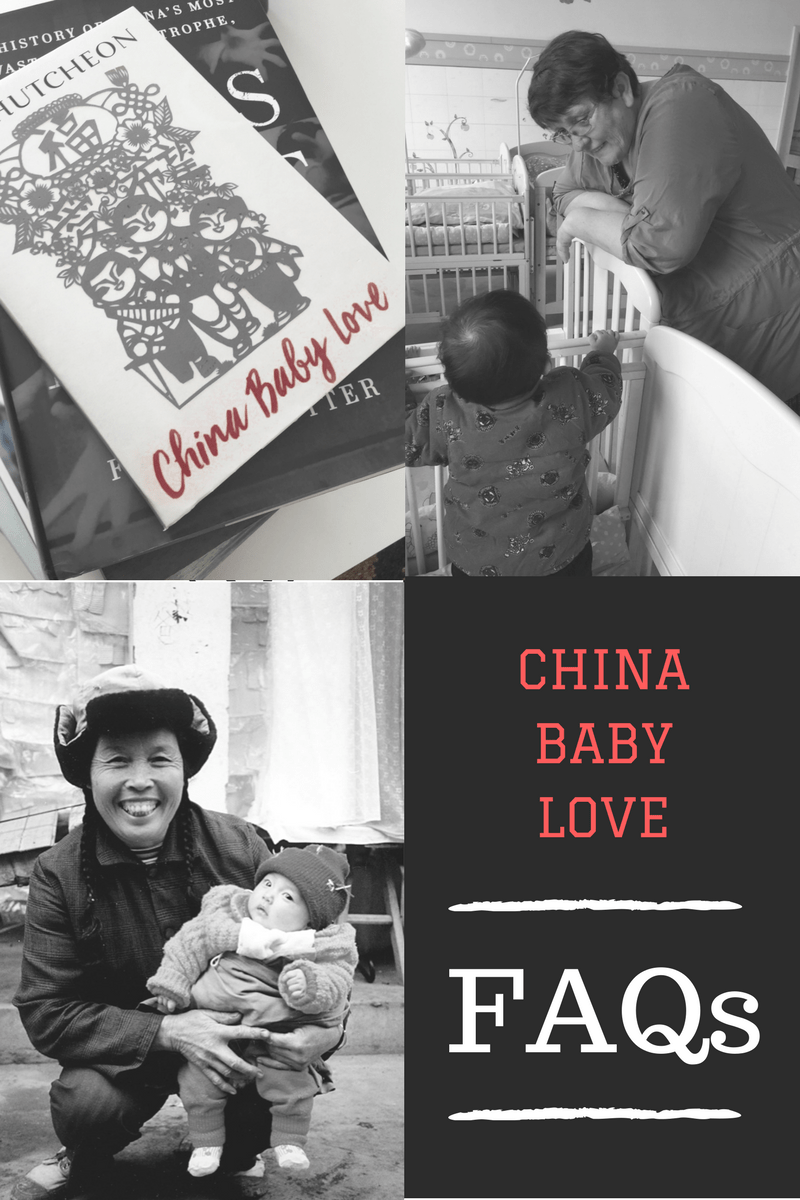 It’s a genre I’ll describe as conversational biography abouta former teacher from regional Queensland named Linda Shum, who first travelled to China in 1998 after reading about the plight of China’s orphans.  It’s a true story.  In fact as I write this, Linda is in China with the orphans.  She started by doing small jobs around the orphanage with a team of Christian volunteers and then when the Christian NGO decided to pull out of this orphanage, Linda set up her own NGO and began to raise money for the orphans.  Her organisation is called COAT, Chinese Orphans Assistance Team

2. Where is China Baby Love set?

Most of the story is set in a high-rise orphanage in the small city of Jiaozuo in Henan Province, situated in the central eastern part of China.  COAT runs a special-needs school on the upper floors of the orphanage and has set up a foster-care system where it provides for the needs of approximately 50 orphans.  There are more than 150  other children in the main orphanage.

3. How did you meet Linda Shum?

She sent me a message via social media.  It was just before Prime Minister Julia Gillard’s visit to China in April 2013. Apart from my regular show One Plus One, I was hosting a news program at the time and I interviewed her for The World.  Several months later, Channel Seven’s Sunday Night program did a feature on Linda.  It was a wonderfully inspiring show, but I felt there was much more to her story, so I proposed the idea of a book to ABC Books.  They responded with a contract. 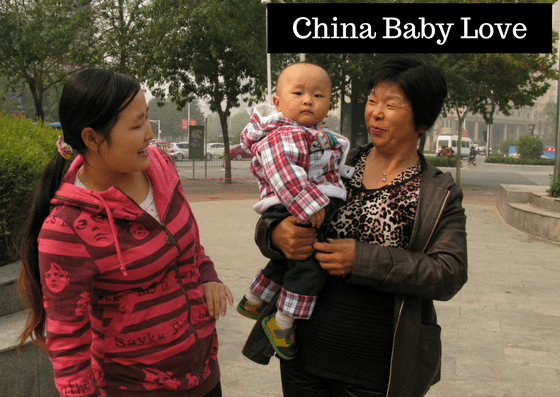 4. What are the key themes in the book?

China’s transformation: We’ve heard a lot about China’s ’miraculous’ economic transformation over the last 35 years. Much of the reason for its success has been the controversial One China Policy (1980-2015).  The policy – aimed at slowing the growth in China’s population (currently at 1.3 billion) presented hundreds of millions of Chinese with an awful dilemma.  Traditionally, families wanted male and female children, usually a male first.  If the lottery of birth didn’t work out that way, what was a couple to do?  Once they realised they could leave their children to the care of the Chinese state, many had heart-breaking choices to make.  This was also the case when a couple gave birth to children with disabilities or birth-defects.  Many families were unable to afford the medical care so they believed it was more humane to give the child up.

Compassion and purpose: Linda Shum’s story is about human compassion. As the book blurb says: ‘every orphan has a story’.  I meet several orphans who have now been adopted to families in the United States. One of them is Wen Xuan Smith, a boy in a wheelchair, who was (incorrectly) diagnosed with spina bifida.  He was adopted at the relatively advanced age of eleven.  While his life and prospects changed the moment he left China, what about the children who were left behind in the orphanage?  Linda believes her mission is to make them happy and independent. give them an education and a life of dignity. However, that isn’t always possible.

Linda takes me on a journey to meet some of the people in her network.  We visit a village where one family’s son has died in tragic circumstances.  After the tragedy, in the 1990’s, the Li family felt they had lost their status in society so they arranged to ‘buy’ another son.  There are personal stories of love, loss and longing, all connected to China’s harsh birth control policies.

Cultural clash: When Linda first went to China, she learned that everything was done differently.  You didn’t give children fruit because fruit made them sick.  You didn’t wash the bottles after the babies fed because that was a waste of time.  But one of the biggest surprises was that the staff called the orphans ‘throwaway children.’  To this day, Linda still clashes with officials, but she has also learned to more adeptly navigate Chinese culture.  But orphanage officials too have changed.  They now see the orphanage and the special needs school as a source of pride.

5. Does Linda Shum live in China?

No. Linda, who turns 69 this year, is Australian and lives in Gympie, Queensland.  She visits China for 3-4 months each year.

6. You said Linda was a Christian. Why did you think this element of her story was interesting?

Linda is an evangelical Christian belonging to the Australian Christian Churches group of which Hillsong is a member.  Her beliefs form the backdrop to our conversations about life, love, dignity, death and disability.  However, the book also gives an insight into the growth of Christianity in China, which is facing dangerous times as the Communist Party is wary of organised religion.  For the record, I regard myself as agnostic, though I was brought up going to Anglican Churches.  I have been exposed to many religions through my three international postings and I have a deep interest in spiritual journeys. 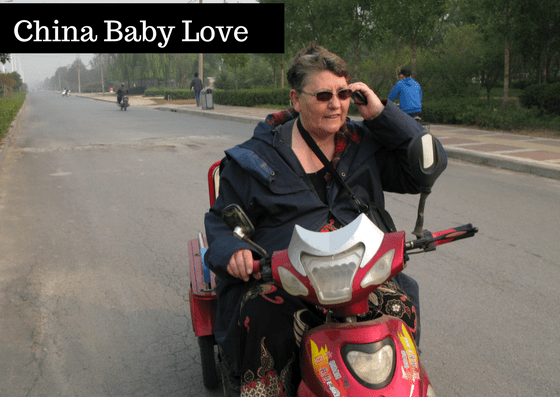 7. Do you have a favourite chapter?

I should probably say they are all my favourite, but Chapter Fifteen, entitled Uninvited Visitors, is my favourite.  It’s about the morning Linda and I visited the orphanage (not the foster homes run by COAT, but the main dormitories of the state orphanage).  We saw children tethered to their beds.  This was really upsetting.  It was a really difficult chapter to write and it was extremely emotional.  I still think about this frequently. 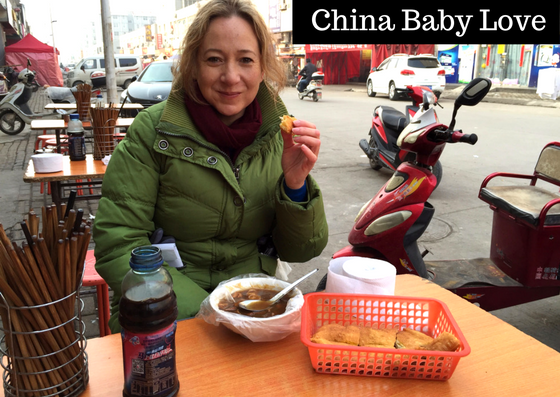 8. To what extent is this book a commentary on modern China?

It’s a commentary on a corner of modern China.  It’s rare to get insights into ordinary lives in a small Chinese city.  it’s rare to see inside a Chinese orphanage.  And it’s rare to find an Australian woman; a mother and a grandmother, who helps me open the door to this society.

9. How long did it take you to write China Baby Love?

I made my first visit to see Linda in Jiaozuo in October 2013, and I started writing the book properly after that. I made a total of two trips to China and visited Linda at her home in Gympie, Queensland.  I also visited her birthplace, Inverell, in New England, New South Wales.  The manuscript was submiited to ABC Books in December 2016 and we finished editing the book in early March 2017.

10. How did you come up with the title, China Baby Love?

I have stuck with this title from the very beginning.  I was influenced by Elizabeth Gilbert’s Eat Pray Love.  It seemed a no-brainer that this book was about three key things: China, babies and children and the wider meaning of love.