The Face of New China

You can ask a stranger fairly personal questions and they really don’t mind. 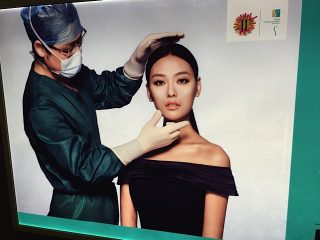 You can ask an older woman her age.  You can ask someone how much he earns.  And you can ask the price of big ticket items like an apartment, a car and school fees. 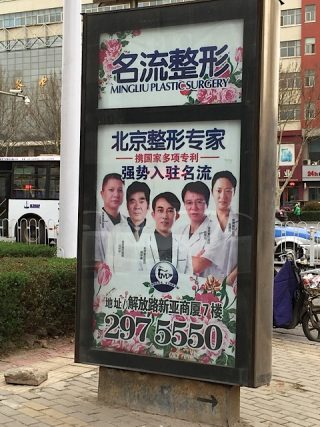 I had a few hours to kill before I left China earlier this week so I went for a massage. As I’m always researching, I chatted with the masseuse about her life.

She was 27 and married with two kids.  The One Child Policy has been relaxed she said, so it’s ok to have two.

Then things turned a bit creepy.

“I love your face!” she gushed, running her finger along the bridge of my nose.

“You Western woman have really tall, thin noses, not ugly flat ones like Chinese girls.” 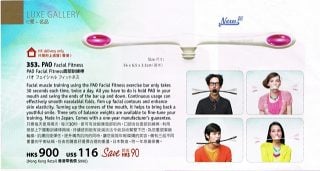 She was young and attractive.  I wondered, why the nose envy?  Especially when one of the nicknames Chinese give foreigners is the unflattering “Da Bizi” (Big Nose).

But it didn’t stop with the nose.

“I love your eyelids,” she effused.

“Actually,” she continued, “I had mine fixed just last week.”

She pointed to her brand new double eyelids and blinked a few times to show them off.

“I know someone at the hospital, so I only paid $200 for the operation,” she said.

Cosmetic surgery in China is booming. In the West, I guess women do it to look younger and feel good about themselves.  In China, cosmetic surgery is an investment in the future.  Women from all walks of life believe that it will improve their chances – from finding a husband to scoring a better job. 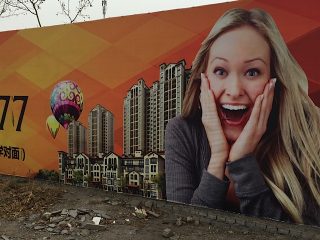 And this wasn’t even in one of China’s megacities like Shanghai or Guangzhou.  This was Zhengzhou the capital of Henan Province, described as “impoverished on a national scale” by Wikipedia.

In Henan, advertisements for plastic surgery are prominent on the streets.

The Western ideal of female beauty is even used to sell real estate.

Success is within reach if you can afford the right looks.

Personally, I’ve always ruled out cosmetic surgery.  For me, it’s important to keep it real, although of course, I note the deepening of my own nasolabial folds (smile lines).

Actually, I only learned that term on the plane home from Zhengzhou.  There was an ad for a nifty little device that purports to tighten saggy face muscles through exercise.

All you have to do is hold it in your mouth and vigorously nod your head up and down and presto! Tighter face muscles. (Inventors’ claim, not mine)

Somehow I don’t think it has the same wow factor as cosmetic surgery, but perhaps wobbling or nodding would give some of those attractive Chinese women time to think twice about how to spend their hard-earned cash.