My Last One Plus One

I’ve had so much love thrown my way since announcing my departure from the ABC that I think it’s only right to acknowledge everyone who’s contributed to making One Plus One a success.

On the day of my final interview, I asked cameraman/photographer Adam Wyatt to take some images of my final production day.

It’s with great pleasure that I introduce you to my colleagues, some of whom I’ve worked with since the beginning of the show in July 2010.

First up, I have to look good, right? 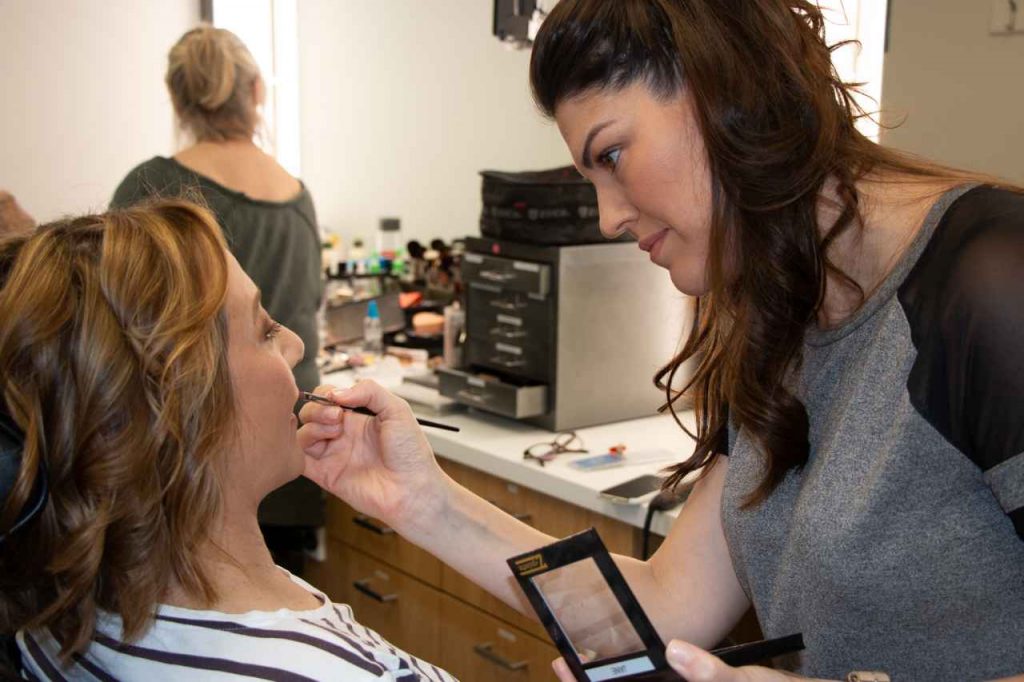 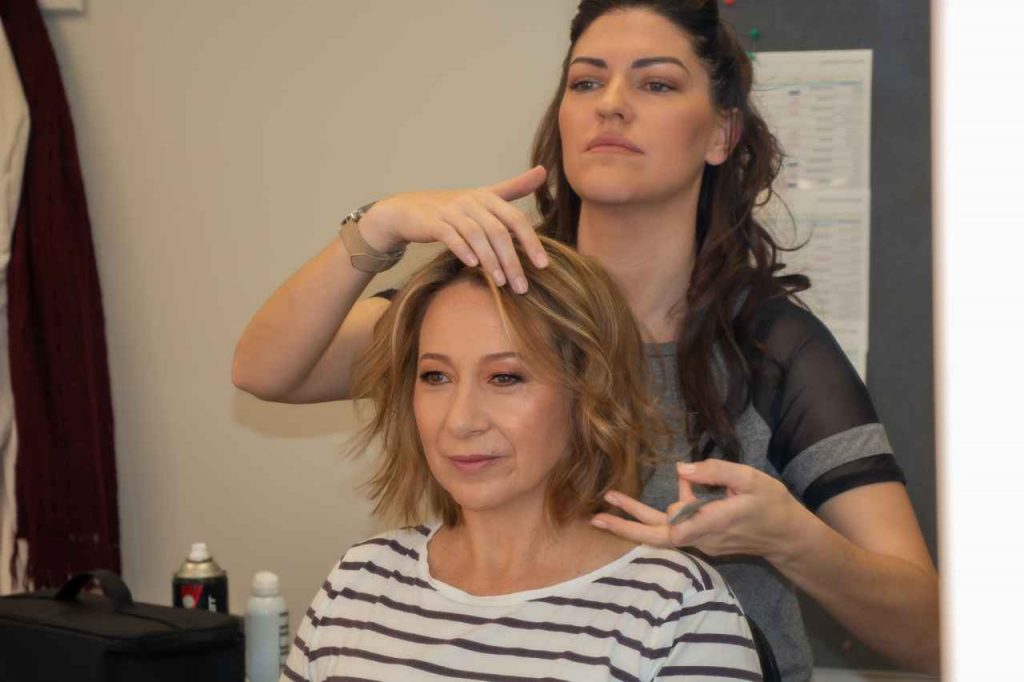 That is only possible with the transformative powers of the ABC News hair and make-up department.

Make-up artists don’t only make you LOOK good, they help you relax and focus before an interview. It’s like a therapy session/a laugh/switch off time before the guest arrives. 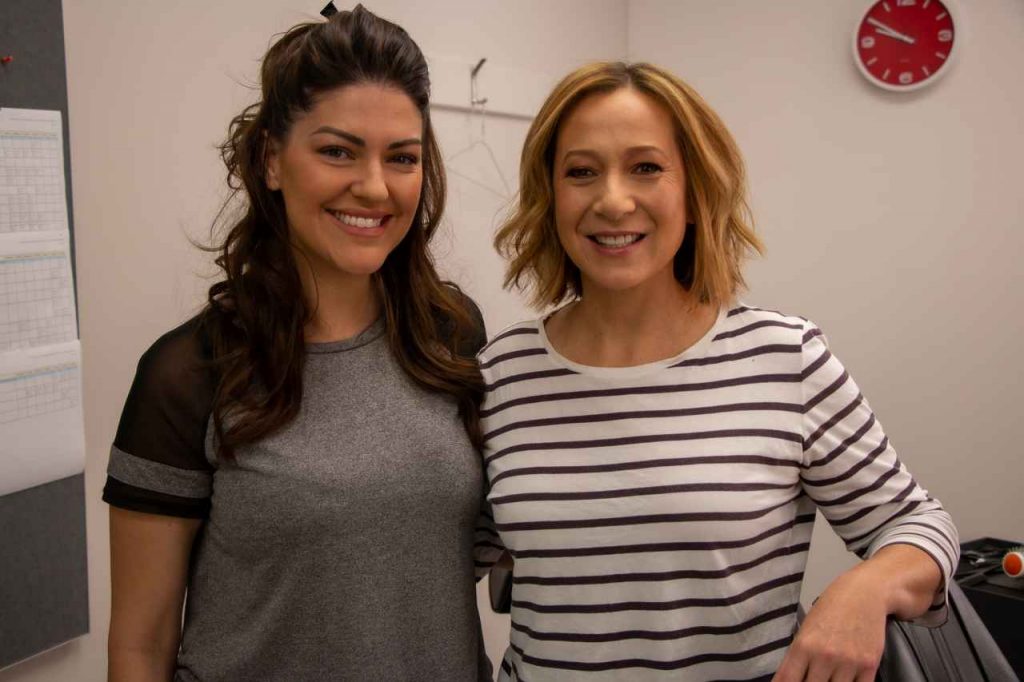 This is Clark Sheedy (pictured below) who supervises the make-up department.  I’ve worked with him for around two decades and he’s a fabulous artist and an amazing organiser. 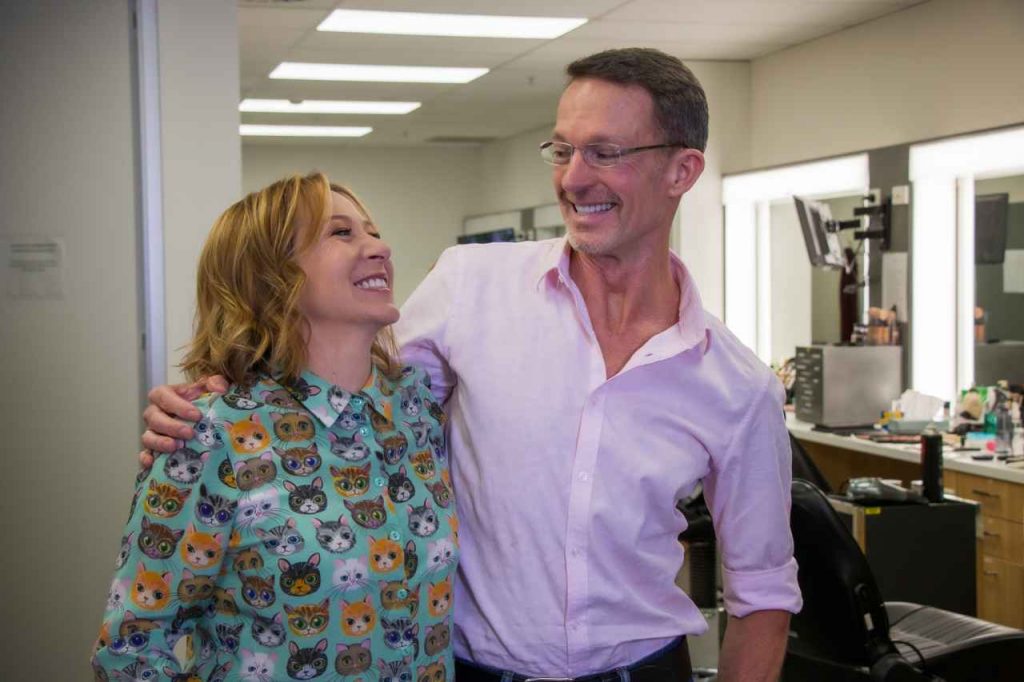 In early 2018 we finally moved into our own studio.  Actually, it’s the same studio where Planet America and 7.30 go to air.   We use four remote cameras, which means there are no operators on the studio floor.  Just the guest and me… or on this special occasion, just presenter (Hamish Macdonald) and me.

Our regular director is Janet Argall with Michael Hartman (in glasses) as TD.

The studio is worked by a director and technical director.  On my last day it was Tim Kennedy and Michael Hartman… 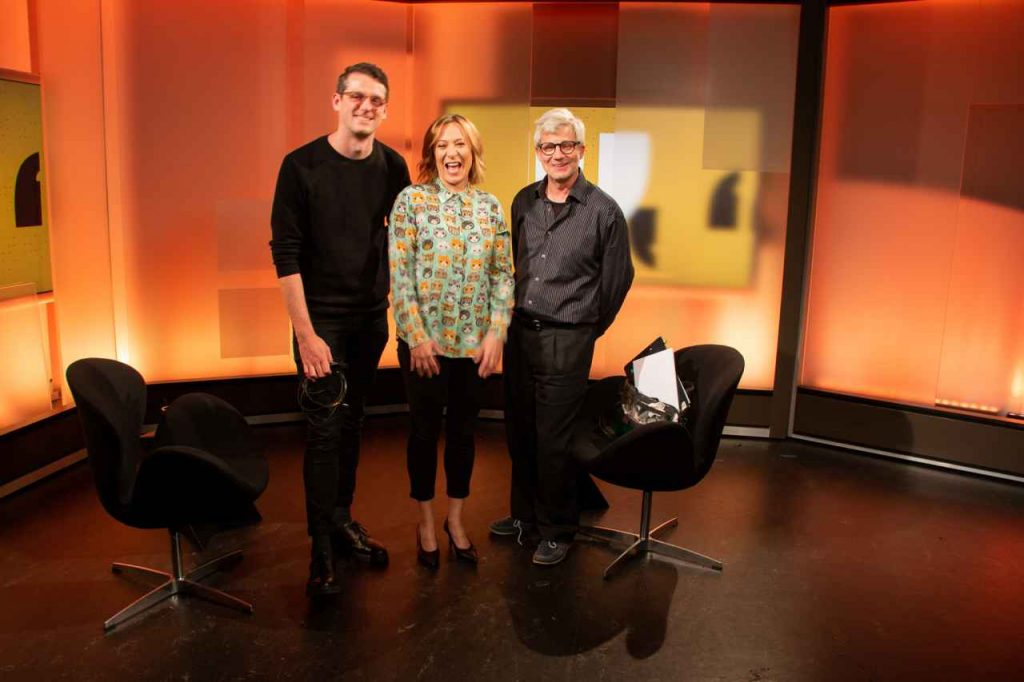 Between them, they adjust the cameras, lighting and sound and then Janet switches between the vision coming out of different cameras and make the program look like a smooth conversation. 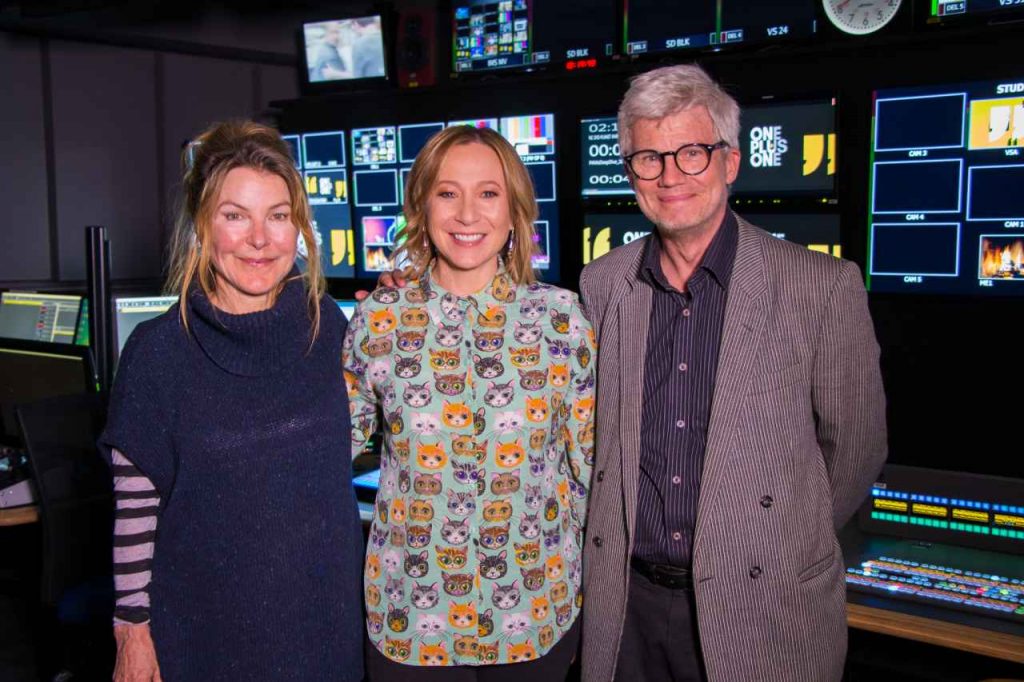 My final interview with Hamish was extremely enjoyable, much to my surprise! I was expecting to be anxious but Hamish made me feel very comfortable.  I had no idea where it was all going to go. 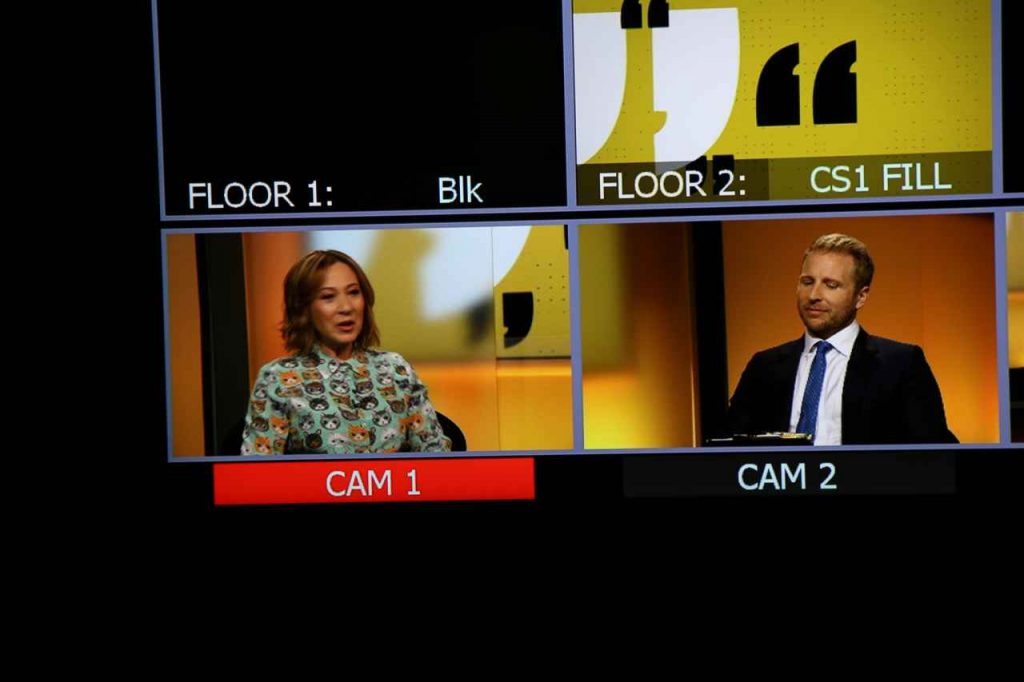 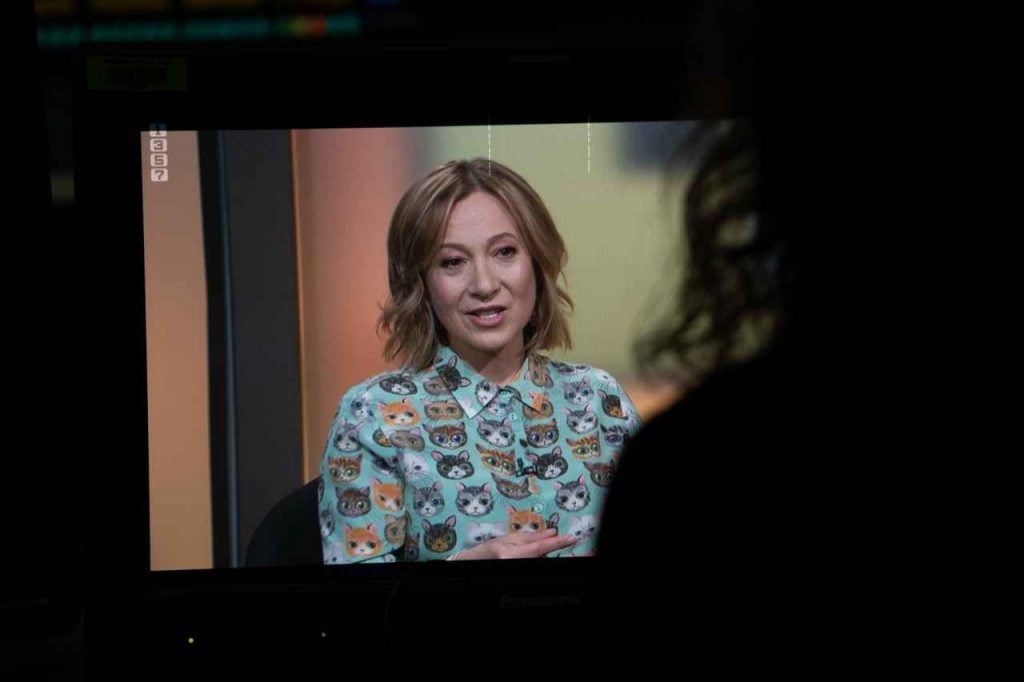 With the interview over, it was time for the fun part!  I have always loved having the photos taken at the conclusion of each interview.  It’s a moment of relief and joy. 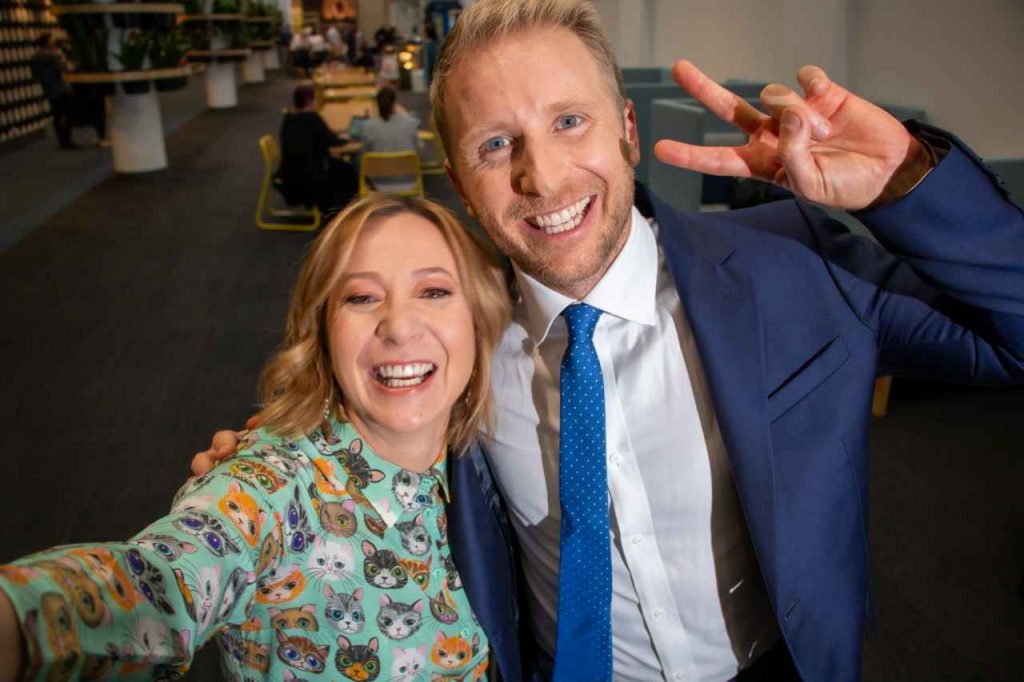 And here below is the the secret to my great Professional Selfies.  Thanks Adam!! 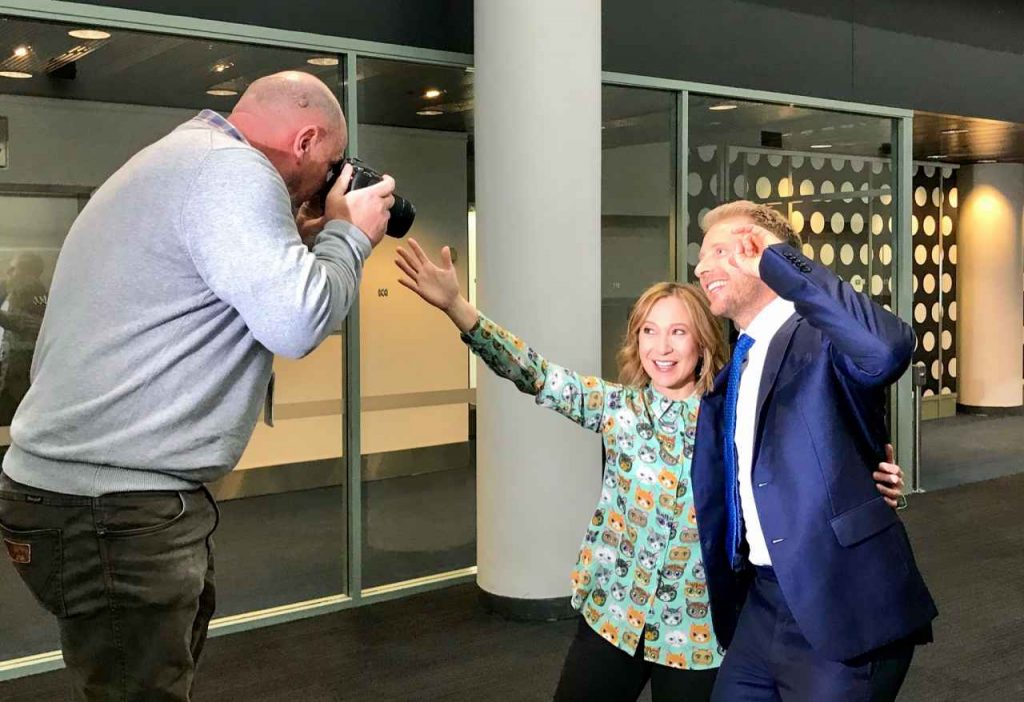 The final two images are a tribute to One Plus One’s production brilliant team: video editor Holly Dormor (left) and producer Barbie Dutter. 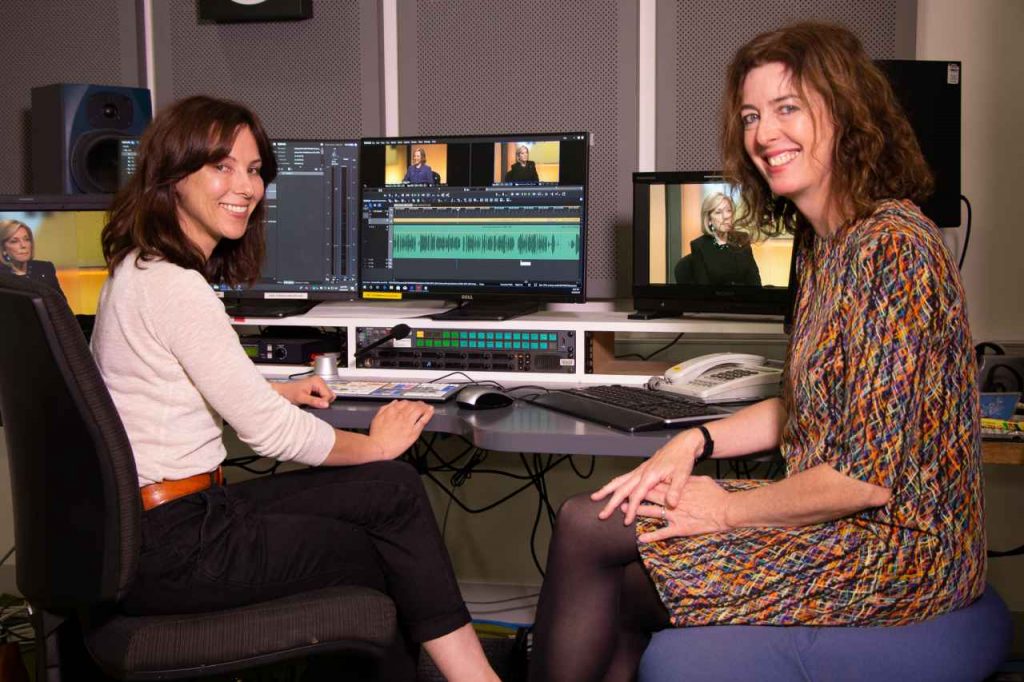 Each week without fail, Barbie and Holly fine tune my interview; editing it to 28 minutes and adding my reactions, different shots, photo images and video.  We are a lean team, but we all share a deep commitment to our guests, who so generously give their time and their stories.

It’s been an honour to work with Barbie and Holly and I will miss them. 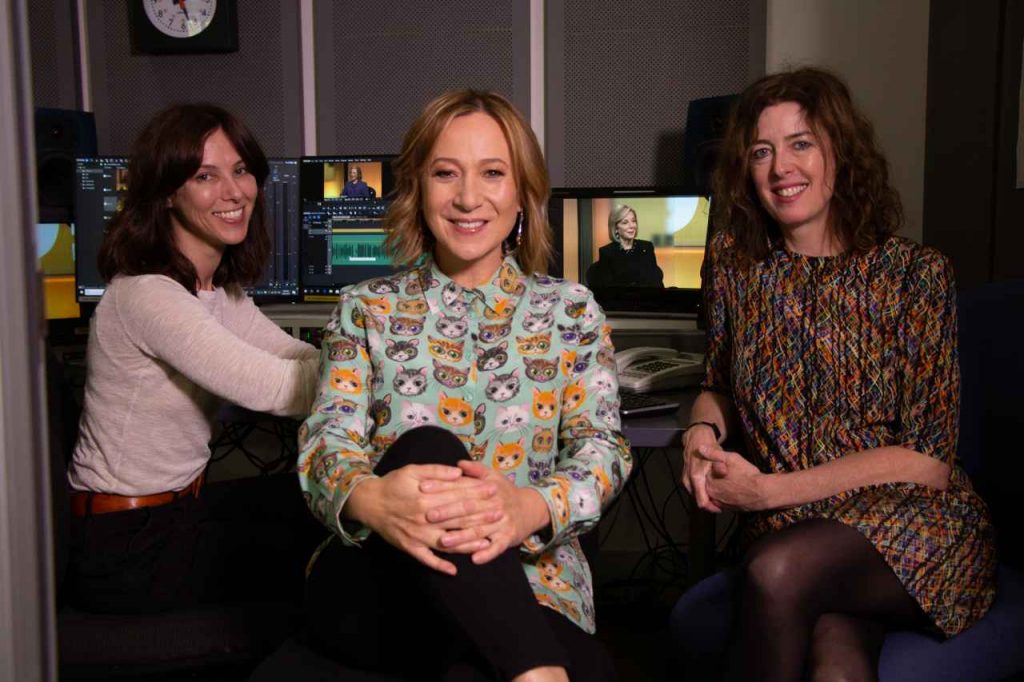